Sometimes it takes very little to make a statement. It can be falsehoods or truth. It can just be a few strokes. 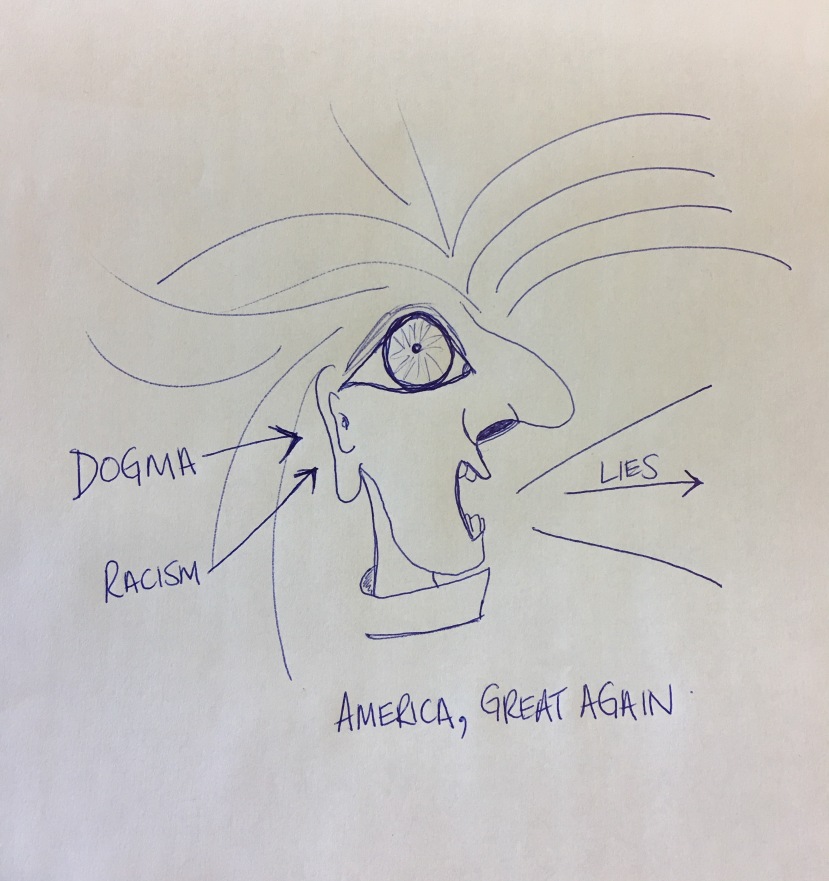 It feels as if many of us are afraid. It is too simplistic and too much credit to point the finger directly at Trump. I am not necessarily afraid of Trump as an individual. He is a typical loudmouth Boomer who promotes the world was a lot better when he was younger. Of course it was – in the 70s Boomers were not worrying about the economy they were destined to ruin, the environment they plundered, nor the decline in population that is directly correlated with their desire to have more and share less (with children).

What I fear are the myriad of forthcoming consequences. Based on my own eduction in history, I believe that Trump (and I mean team Trump – the ones pulling the strings – not the sad old buffoon who has Twitter tantrums) is trying to steer the North American continent towards destruction. I do not mean imminent war or nuclear holocaust. I mean the redistribution of power and wealth by destroying the three countries that make up North America.

The current countries in North America have dedicated considerable tracts of land and resources to federal reserves, provincial/state parks and to Native American holdings. The destruction of the power nuclei that control these protected zones means they are now free to develop. If North America became 30 countries (or more), the western hemisphere would be plunged into chaos.

I made this sketch as a reaction. It is the first tool wielded against the citizens of North America. Divide individuals based on their values, and the stage is set for disintegration.

This site uses Akismet to reduce spam. Learn how your comment data is processed.